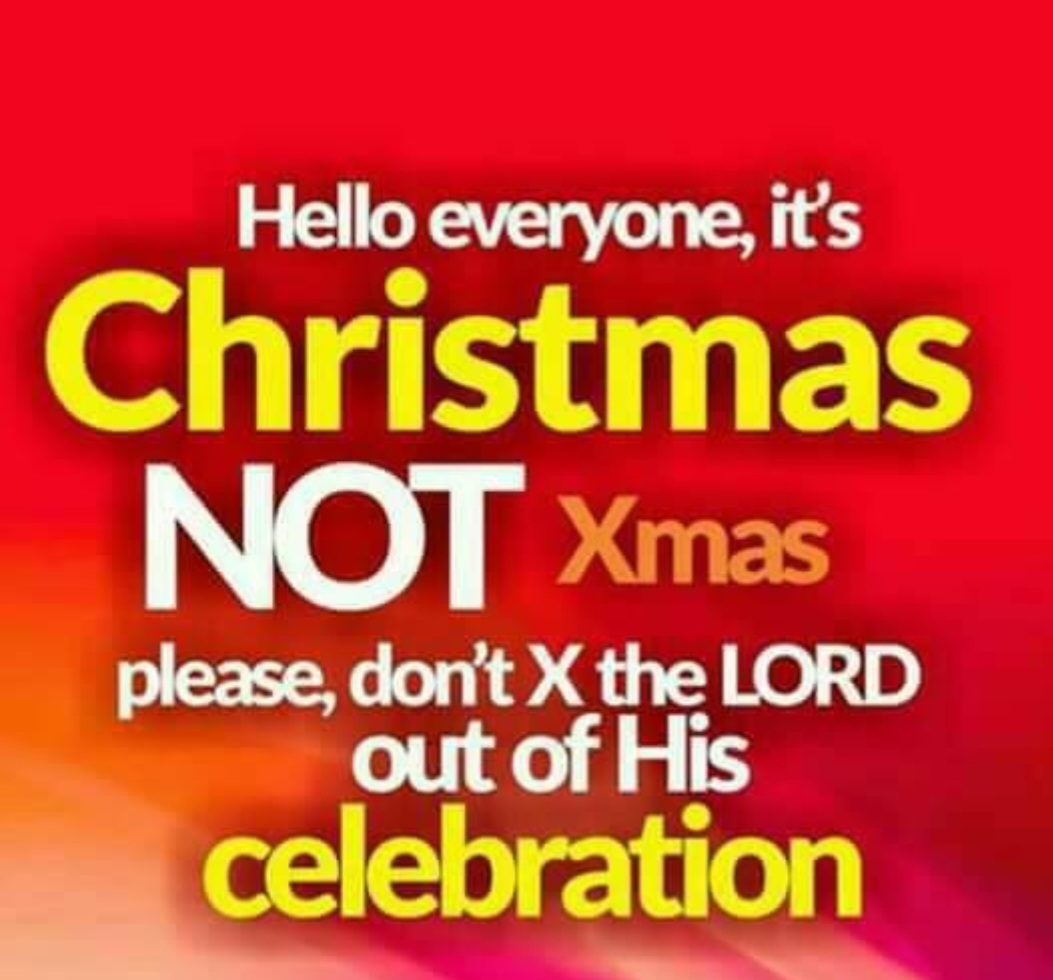 Every Christmas we have this issue with the most celebrated holiday on the planet. And in recent years it’s celebrated by almost every religion well except for the Jews. The Jews don’t celebrate because for them the messiah is yet to come and for the Christians, Christ is Jesus who is the Messiah in the Bible or the new testament.

And here comes the problem with some organizations or individuals when it comes to writing Xmas. For some who might not know this, the letter X appeared first in 1021 when it was scribed by an Anglo-Saxon. Where it was used first doesn’t concern me but worries me. The X as per mathematics is an unknown and here comes the worrying part when this old practice becomes a normal thing and nobody explains it.

Christmas is the celebration of the birth of Jesus Christ and by replacing Christ with X we are simply declaring this day as the birth of an unknown. This practice is increasing every year and is encouraged by zionist propaganda through their multinational firms who in turn use Christmas as a platform to promote their merchandise through ads that use the term Xmas frequently. People beware and fight, especially during such important holidays.

Many supposedly trusted platforms like Wikipedia are trying to legitimize and normalize such terms. They suggest that it’s an abbreviation which I feel it’s insulting and historically incorrect. As per online sources such as Wikipedia X were used during the early days of Christianity in Rome to differentiate which house is Christian or not. This piece of information can’t be trusted because some theology scholars would refute such an indication and suggest that what was used is a cross sign not X.