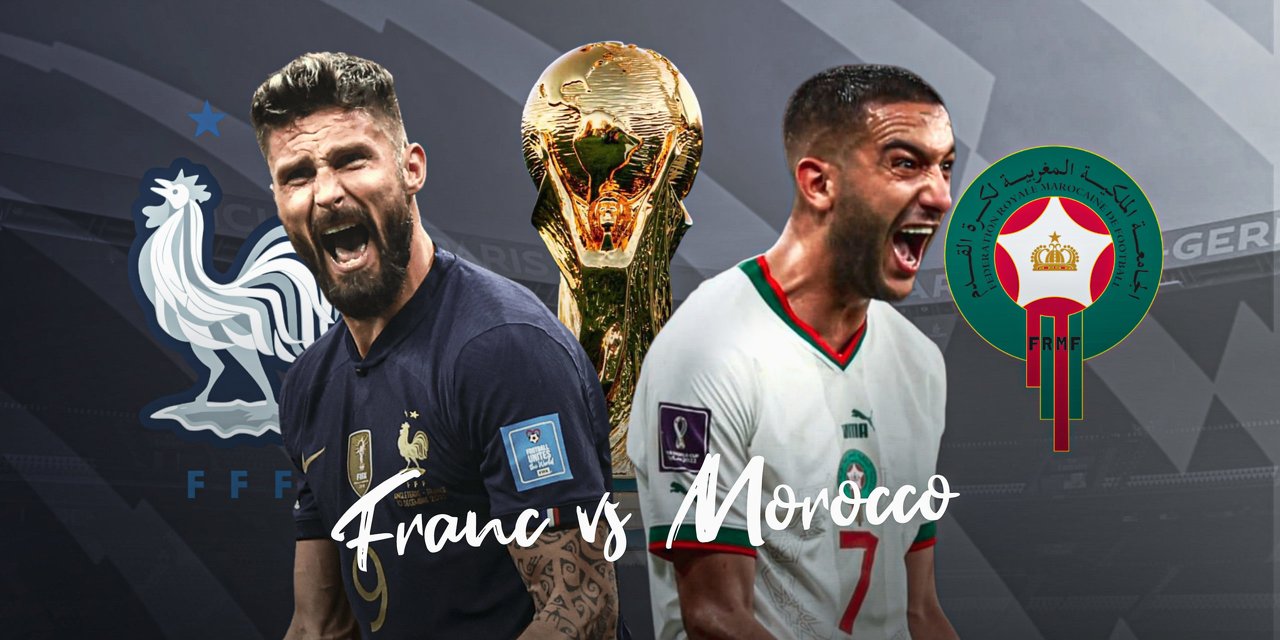 Tonight’s Semi-Final is like no other and I doubt Tournaments will see any more significance in the future of sports. Morocco might be a modest nation in the history of football, but this match’s effects are more of a cultural showdown. The majority of the french team consists of players who were either born in African nations or whose parents are Africans and this is the current identity of France and many European countries that were at some point hundred years ago Colonial nations. And the Moroccan players like many African nations many of them were born in Europe but chose the country of their parents. It promises to be a battle like no other, a battle between two different cultures, yet the Moroccan players speak the language of their opponent fluently.

Although all the pre-match reports promise it’s going to be a battle but personally I fear it’s a battle off the field. On Field Morocco need to provide a real challenge to the french, especially defensively unlike yesterday’s match between Argentina & Croatia where the latter collapsed and lost heavily. Moroccans will go into the match mentally strong but nonetheless underdogs and on their minds to create history as the first African nation to reach the world cup final. And the french as well want to create history to win the world cup back to back and be the third nation after Italy and Brazil to do it.

Everyone in Africa and the Arab world is awaiting this match and regardless of the result, they will celebrate one of the most exciting teams in the tournament, a team that topped their group with Croatia and Belgium in it. A team that defied odds and axed heavyweights Spain and Portugal, will they defy the odds again and beat the champions. It’s going to be an uphill battle and personally, I think France will end the Moroccan dreams.